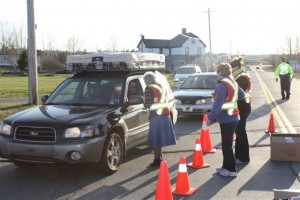 The Antigonish MADD Chapter was formed on February 7th, 2004, and the volunteers with our chapter continue to work hard in spreading awareness about the dangers of impaired driving.

MADD Canada and Chapter Leaders are working to create, strengthen and enforce impaired driving laws. MADD Canada and local volunteers continue to meet with their governement officials and have been successful in having new Federal and Provincial legislation implemented.

MADD Canada is a national, grassroots, registered, charitable organization with Chapters and Community Leaders. MADD’s predecessor, PRIDE (People to Reduce Impaired Driving Everywhere) received official Chapter status from MADD in the US in 1983. It was the only official licencee of MADD in Canada, and it was not long before several more Chapters were formed. In 1989, MADD Canada officially became a national organization.

Please make a donation to MADD Antigonish by clicking below.